Get Your Kids to Read this Summer

I have always strongly felt that if I taught my kids to read, and read well, they would succeed in school.  You have to be able to read in order to follow directions in all subjects.  In order to learn about each subject.  From the time they were babies I left board books in their beds to look at when they woke up or before they fell asleep.  My husband and I took turns reading to them every night.  Daddy time is just as important as Mommy time. We would ask them questions about the stories.  We would take books in the car.  I bought a ton of books at our local thrift store, most were under $1.00.  You could also do a book exchange at school or in your neighborhood, to get more books.


As the kids got older we set a bedtime a half hour earlier than what we really wanted them to go to sleep.  We told them to go to  bed at 7:30, but if they chose to read they were allowed to read until 8:00 pm.  Which most nights they chose to read.  They became great readers. They each by age 10 could read over 215 words per minute with 100% comprehension.


By the time my oldest was 10, we realized they were starting to slack off reading during the summer.  They would rather stay up late playing or watching movies.  We needed to come up with an incentive.  Then, it hit me.  Our kid's school in second grade makes a goal for all the kids to read 100 hours over the school year to earn a trophy.  What if we put together a goal and reward?  We were in the middle of planning a trip to California to see a certain mouse that coming September.  As all parents know the kids all want an expensive souvenir, and most times more than one.

We came up with a reward system, for every book they read they earned $.25, or reasonable number of pages in a chapter book.  By the time our trip came around each child had earned about $30.  Then, we saw the souvenir prices and decided we had better give each child a bonus of $10.  We told them this was for doing such a great job, and now were able to afford the souvenirs they wanted.

This motivated them so well, we decided to do it again a few years later.  This time we decided to track their hours instead of pages or books.  Each child got a tracking sheet and a timer (bought at our local dollar store).  We decided $1.00 an hour was good. Then, I upped it.  If they read their scriptures or did math worksheets they could double it.  By the time we went on our trip each child had earned $50 or more.  Most importantly they read all summer.  One daughter almost completely finished reading her scriptures front to back.

The next summer, my husband got a deal on some Amazon Kindle Fires and wanted to buy them for the girls.  I don't like to spoil the kids, so I told him that was fine, but they had to earn them.  So, my girls are older now and we made a goal of 100 hours before they could get their Kindle.  Again, double time for scripture study and math worksheets.  Two of my three girls earned their kindle my the time school started, and the third a few months later.  That was a really hefty goal, and I am so proud of them for reaching it.

Every child has something they want, so instead of just buying it for them, make them earn it.  They learned so much these past few summers.  They learned about the topics they read, got a little Jesus, didn't fall behind on math, and felt proud of themselves for completing a very hard goal.  They take much better care of their Kindles since they earned them, then they would if we had just bought them for them.  For a bonus, we let them pick a screen protector and case.

This works great, but as a parent you have to follow through and stick to the rules you set in place or it won't work.  This worked great for my kids, but each child is different, and you might need to tweek our ideas to fit your kids ability.

Have Fun with Bubbles 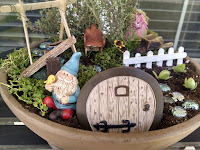