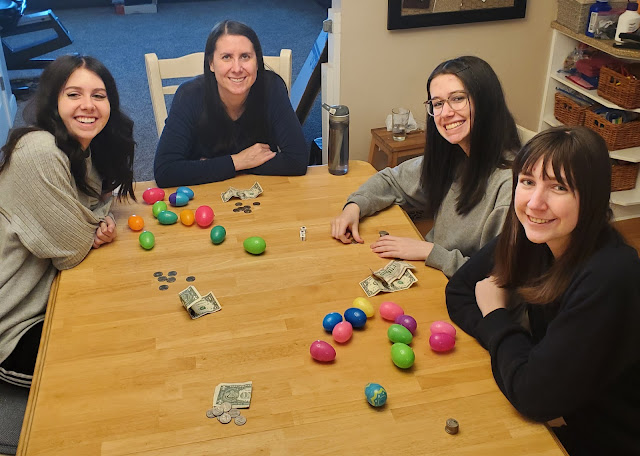 This game was a huge hit with the family. My kids are older now, but still love to follow traditions. They still want the Easter Egg Hunt, but they don't really eat a ton of candy.  So, we thought to ourselves what do teenagers want? MONEY!!! We gave all our neighbors the game LCR for Christmas this year with a little saying 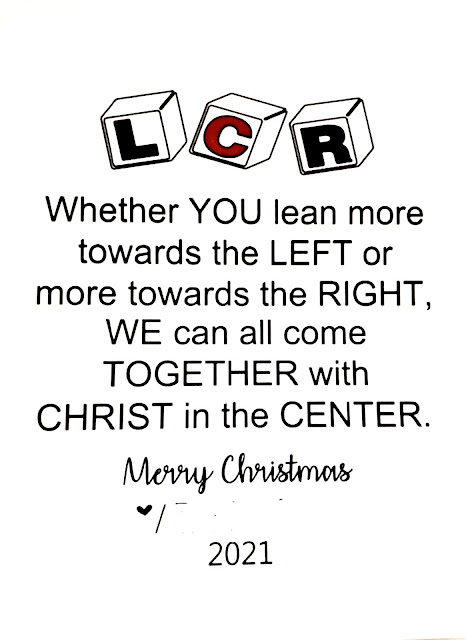 Well, this Also works great for Easter. I decided to grab 20-30 eggs and fill them with money.  You could fill them with candy or anything else instead.  The lowest amount and most common we used was quarters. Some had gold dollars, 10 or so had one dollar bills, and one had a five dollar bill. We didn't want to spend too much on the game, but you could easily add lower or higher amounts of money in each egg. It's fun to have a grand prize single egg with a much higher amount. The fun part about the money being in the eggs, is that you don't know how much is in each egg. You could be passing around the five dollar bill and not even know it. We hid all the eggs for the Easter Egg Hunt. Don't forget to include all adults and yourself in the hunt, if you intend to be part of the game. Whatever eggs you find in the hunt you get to start the game with.

(Amazon link to some great Easter eggs. You can buy a nice LCR set (Amazon Link) that comes in a tin, but I went with this version (Amazon link) so I could be creative and insert a label.  If you like the idea, but want to spend a little more money on a nicer set there are deluxe (Amazon Link) and giant sets (Amazon Link) available as well. I found these magnetic tins (Amazon Link) that were perfect for the games.  I loved the window, the perfect spot for a personalized label.) 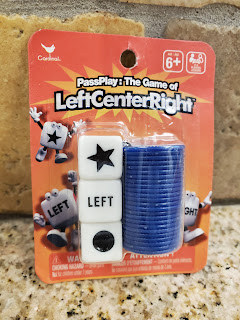 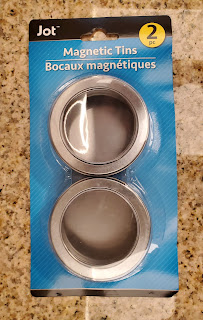 Each player starts with 3 tokens, but in this version whatever eggs they found in the hunt. Players take turns rolling the dice, continuing clockwise. To start: Roll all 3 dice. Each die tells you what to do with a egg. Each LEFT = pass 1 egg to the LEFT. Each STAR = pass 1 egg to the CENTER. Each RIGHT = pass 1 egg to the RIGHT. Each DOT = don't pass any eggs. 3 DOTS is a perfect roll.  During the game, players with just one or two eggs left may only roll as many dice as they have eggs (2 eggs = roll 2 dice,  1 egg = roll 1 die).  Players with no eggs left aren't out of the game.  They must pass on their turn and rejoin on the next turn they get eggs back.  The last player with eggs is the winner.

Game play goes until only one player has any eggs. That player gets to keep whatever eggs they have left at the end. A new game begins with the eggs that were played in the center.

If you only want to play a single round, play until only one player has any eggs.  Then,  divide the eggs in the center between all the players including the winner.  The winner however, also gets to keep the eggs they were left with as well.

Or you can always play winner takes all.

The girls loved this game.  I think we have a new family tradition. We had a small gathering of just immediate family for our Easter Egg Hunt this year, but you can add more eggs depending on the number of players. Just make sure there are at least three eggs per player in the hunt to start the game of with. If they end up with zero eggs they can still play. However, the player that collected the most eggs will have an advantage. This makes the hunt more competitive. We played right after breakfast pajamas and all. 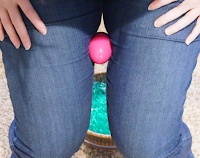 Easter Games for all ages 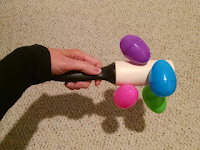 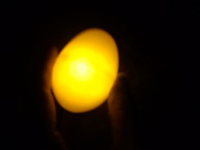